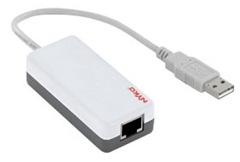 First I’d like to thank all of those that assisted me in helping with my switch problem. Turns out, it wasn’t the switch at all, it just seemed like it at the time. The real problem with the DSL resetting is our DSL service. A tech was her on Saturday and did determine it was them and not us. For now, they’ve moved us down from our normal 6MB/sec connection to a 3MB/sec one and that seems to have stabilized things. However, my torrents are now downloading at a snail’s pace. (You’d think that it wouldn’t be noticeable but it sure as hell is.)

As for the living room setup, there’s a few snags. Snag one is the need for a USB-to-Ethernet adapter for the Wii. (Since the Wii WiFi will only support the worthless WEP security which I will not run on my network. Besides, that’s why we put the CAT-6 in the walls.) It’s been ordered and should arrive this week. Once that’s here, the Wii will be online. 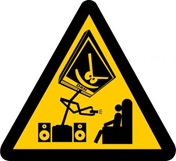 The other snag is related to F***ing DRM. The HDMI cable from the computer to the HDTV is giving us a crystal clear 1080p signal and it looks amazing. The plan was to install a Blu-Ray drive in the computer and move the Sony standalone Blu-Ray player to the bedroom. Well, the Blu-Ray player is installed but the new HDTV “supports” (read “has”) HDCP (High Definition Content Protection, i.e. DRM) and the video card in the computer doesn’t “support” HDCP. Therefore the drive will not play a Blu-Ray disc as long as the computer is connected to my HDTV. 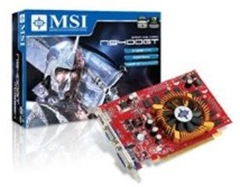 The solution is to get a new graphics card that “supports” HDCP. There’s another $60 I’m going to have to shell out just to make it do what it’s supposed to do. (If someone wants to recommend a different card for less than $100 I’m all ears. All I know is this is the cheapest one that’s on the “list of supported cards” from the creators of the Blu-Ray playing software installed on the computer.)

Herein lies the problem with DRM. It keeps honest people honest. I’m just trying to play the content I legally purchased and my equipment won’t let me. Yeah, great way to make your customers happy.