Posted on November 7, 2008 by Michael Sauers

Three routers, three different brands (Linksys, TRENDnet & Gateway) and whenever I log into the router using Google Chrome, change a setting and click the button to commit my changes I get this screen: 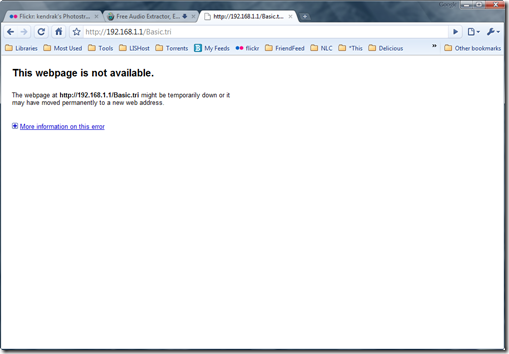 What is it about routers and .tri pages that Chrome doesn’t like?