On a proper “street sign” outside the library on your way to the front door from the parking lot. 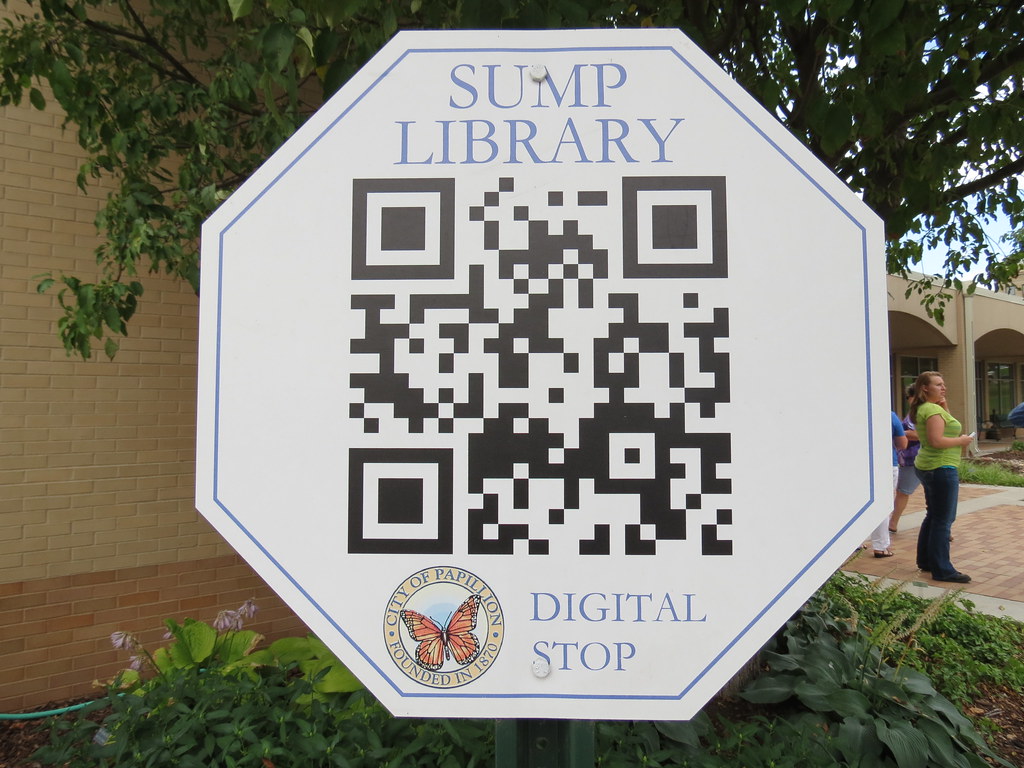