Those interested in following along can do so @ http://mmweddingblog.blogspot.com/. I’ll try to keep the wedding news over there for those not interested in reading it here. 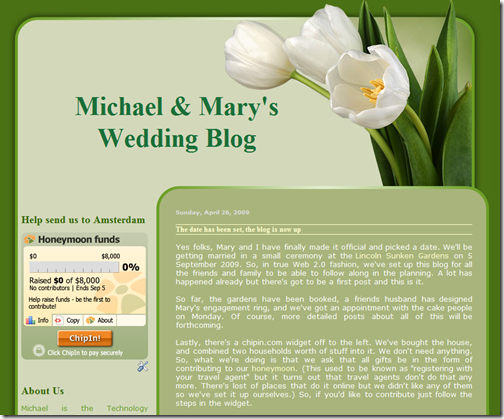 2 Replies to “Our wedding blog”