Posted on November 7, 2008 by Michael Sauers 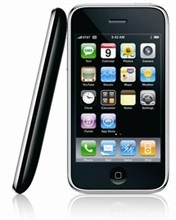 Yesterday I tried to use just an iPod Touch to do my work. Surprisingly it went well and I got most of what I needed to do (online anyway) done with a minimal of hassle. That doesn’t mean it was a perfect experience. Here’s my comments on this experiment based on the notes and reflections from the day.

I turned it on at about 7:30 am and pretty much insisted that I would do any Web surfing and e-mail on the Touch. This overall worked rather well. The e-mail app is way better than the one on my cell phone and Safari is a tolerably good browser. For some specific sites such as MySpace and Facebook I did end up installing site-specific apps which made those sites much easier to use.

For Twitter I originally tried Twitterific but decided it just did work the way I thought it should. I then switched to TwitterFon and that much more fit my Tiwttering style.I found the Delicious App which gave me full access to all my bookmarks but I thought it was supposed to give me a way to also add and edit my bookmarks. If that functionality exists in this program, I’m totally missing it. I also found and installed Wikiamo (a Wikipedia app) and Instapaper (a site I use to mark Web pages for later reading.) Both worked extremely well though Instapaper required a little bit of a setup to get their "Read later" bookmaklet to work but that was a function of how Safari works on this platform and wasn’t Instapaper’s fault. Wikiamo basically reformats Wikipedia pages for better Touch-based reading. I highly recommend it for anyone who uses Wikipedia regularly.

As for reading my feeds via Bloglines, I’ve got some issues. I’m not saying it was impossible or even difficult but there were many small annoyances. First off, Bloglines insists on forcing iPod users into an iPod-specific version of the site. Herein lies the problem. There is a "mobile" version of Bloglines which I’ve been using on my smartphone for a while now and that works great. (Especially since in Bloglines proper you can set certain feeds and folders to NOT display in the mobile version.) However, it seems that on the iPod you can not use the mobile version. Try to go there in Safari and you just get a blank page. But, in the iPod version of the site there’s some issues.

First, you can’t collapse a folder. So, if you’ve got a folder with a lot of feeds in it, you must scroll past the every feed to get to what’s below. Second, since this isn’t technically the mobile version of the site, feeds and folders marked as "don’t display in mobile" are displayed. Third, there’s no way to mark an item as "keep new" for later reading. Fourth, there’s no way to add a new feed.

Granted, none of these issues kept me from reading my content but let’s just say it caused some problems with my standard workflow.

As to the keyboard, well, I wouldn’t want to write anything more than a paragraph or two at a time. (This post is being written on my desktop computer with a full ergonomic keyboard.) I found that when I stopped worrying about the keyboard itself, I actually ended up typing with more accuracy. In other words, just type and it’ll probably come out ok.

One other note about e-mail. I am a smidge bothered by the automatic insertion of "Sent from my iPod" into every e-mail I created. It did get one co-worker to ask me about it later in the day and that was cool but as I thought about it more, Apple is basically inserting an advertisement into my e-mail. That bothers me. (Yes, I can delete it but I shouldn’t have to.)

The one significant bother with the whole thing is its inability to sync my task list. Then again, this isn’t really Apple’s fault. We run an Exchange server here so the iPod perfectly syncs my e-mail, contacts, and calendar; automatically and wirelessly. A definite improvement over the "attach a cable and wait" that is involved with my Windows Mobile smartphone. However, that cable connection syncs my Outlook task list to my phone. Since Exchange doesn’t track your local task list, there’s no way to sync it along with the other content. I’m not getting an iPhone so it’s not like my task list won’t be with me anyway. (Yes, I could move to something online like RememberTheMilk but I’m pretty wedded to Outlook for better or for worse.)

This is all not to say that I didn’t use my desktop computer at all yesterday. I had some video to edit and render and some photos to upload to Flickr. Neither of those tasks could have been done on the iPod.

At 3pm the iPod told me that the battery was down to just 20%. That’s about 7.5 hours of near constant use with full WiFi connectivity just about the whole time. (The WiFi in our building could stand to use a few additional antennas in some areas.) Considering I leave the office at 4pm, I’d say that the battery life on this thing is way more than respectable.

So, in the end, what do I think? I can say I’m still in love. Is it perfect? No. But what relationship is? I’ve found that if it can get me through a whole day I’m sure it could get me through being on the road. (Though I like to bring a lot of video with me on trips and I’m not going to spend time converting it just to watch it on a small screen.) I’ll still be making an official recommendation that those of us who travel should have one of these as if you’re not trying to do anything too special, it’s nearly a perfect travel too for online access.

One Reply to “A day of touchiness”