The photographer is Cedric Delsaux and you can find his work at http://www.cedricdelsaux.com/. (Click on "enter" then "Series" for the rest of the Star Wars-themes photos.) 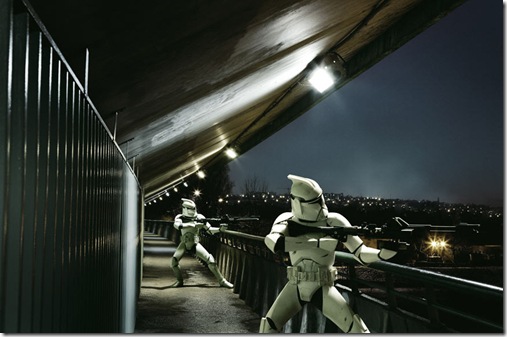